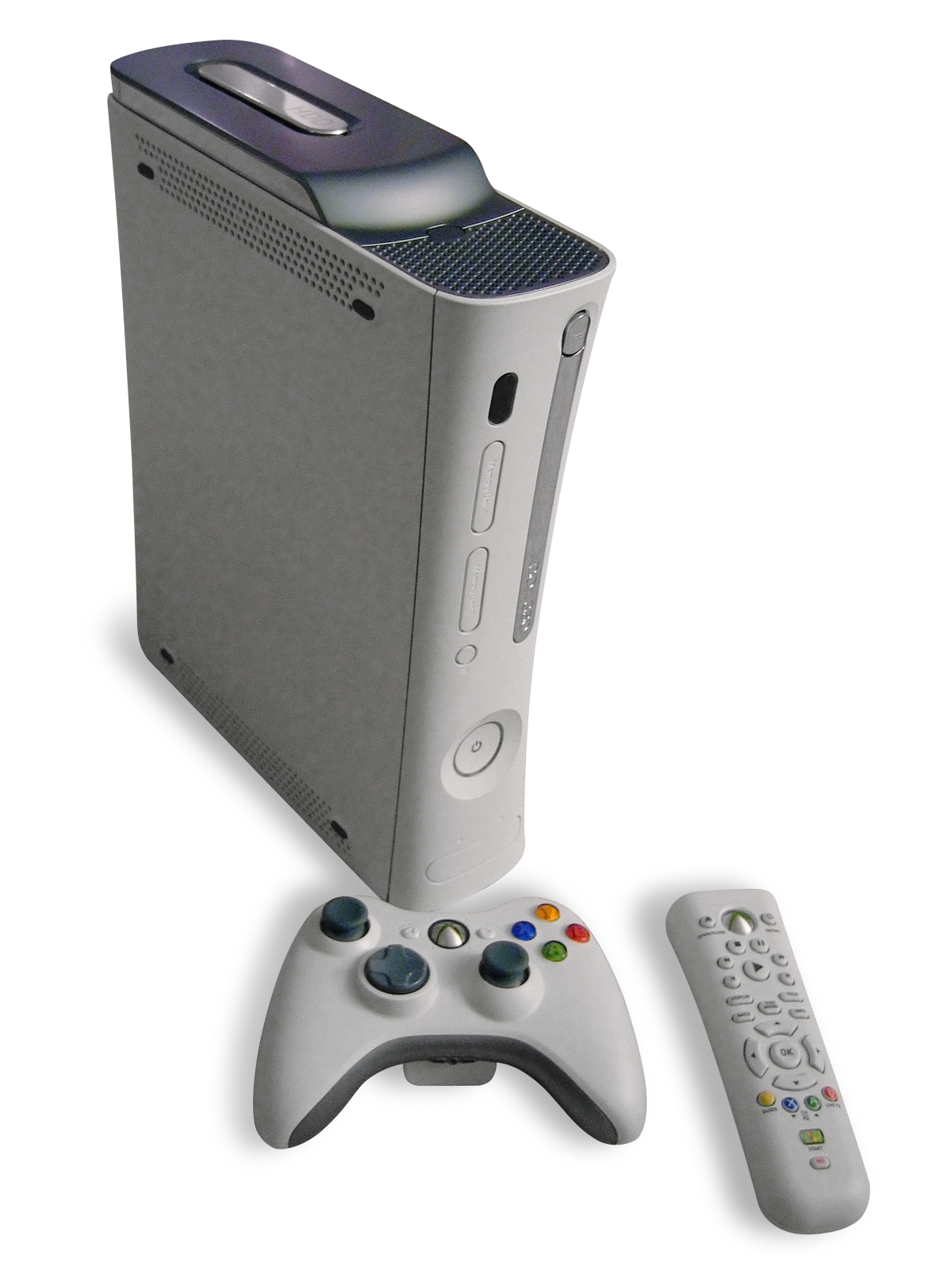 A prominent feature of the Xbox 360 is its integrated Xbox Live service that allows players to compete online and download content such as arcade games, game demos, trailers, TV shows, and movies. Major features of the console include its Windows Media Center multimedia capabilities, mandatory support of high definition in all games, movie rentals and game downloads from its online marketplace and the ability to watch HD DVD movies with an add-on drive.


XBOX History
The Xbox 360 was officially unveiled on MTV on May 12, 2005, with detailed launch and game information divulged later that month at the Electronic Entertainment Expo (E3). The console sold out completely upon release in all regions except in Japan,and, as of August 27, 2009, 31 million units have been sold worldwide, according to GameSpot's interview with Greenberg. The Xbox 360 is currently available in two configurations—the "Arcade" and the "Elite"—and each has its own selection of accessories. A former model, the "Pro," was discontinued on August 28, 2009 but units will continue to be sold until the supply is exhausted.
Posted by Mohamed Adel Mahmoud at 3:53 AM

Mohamed Adel Mahmoud
Med Adel is a multilingual passionate professional Software Engineer and Technical Project Manager who can work in English, French as well as Arabic and who worked on a wide variety of projects with a wide variety of people from different cultures and backgrounds throughout his career. During his 10+ years of career, He worked for 3 of the world greatest Software companies (Microsoft, IBM & Orange); he also founded and managed his own startup software house. All together gave him some good technical, managerial and business experiences within the software and teleco industry. Mo is also working on some AI and NLP researches and is about to get his AI Masters’ degree from Cairo university this year. When Mo isn't glued to a computer screen, he spends his time learning Spanish, playing football and chess or planting some colorful flowers in his small garden. Mo is a real challenger person to the extinct that he even took his hobbies to the next level; Thus, he is participating in a lot of competitions in chess and football and won some good cups and prizes throughout the years. You can always reach him on med-adel.com